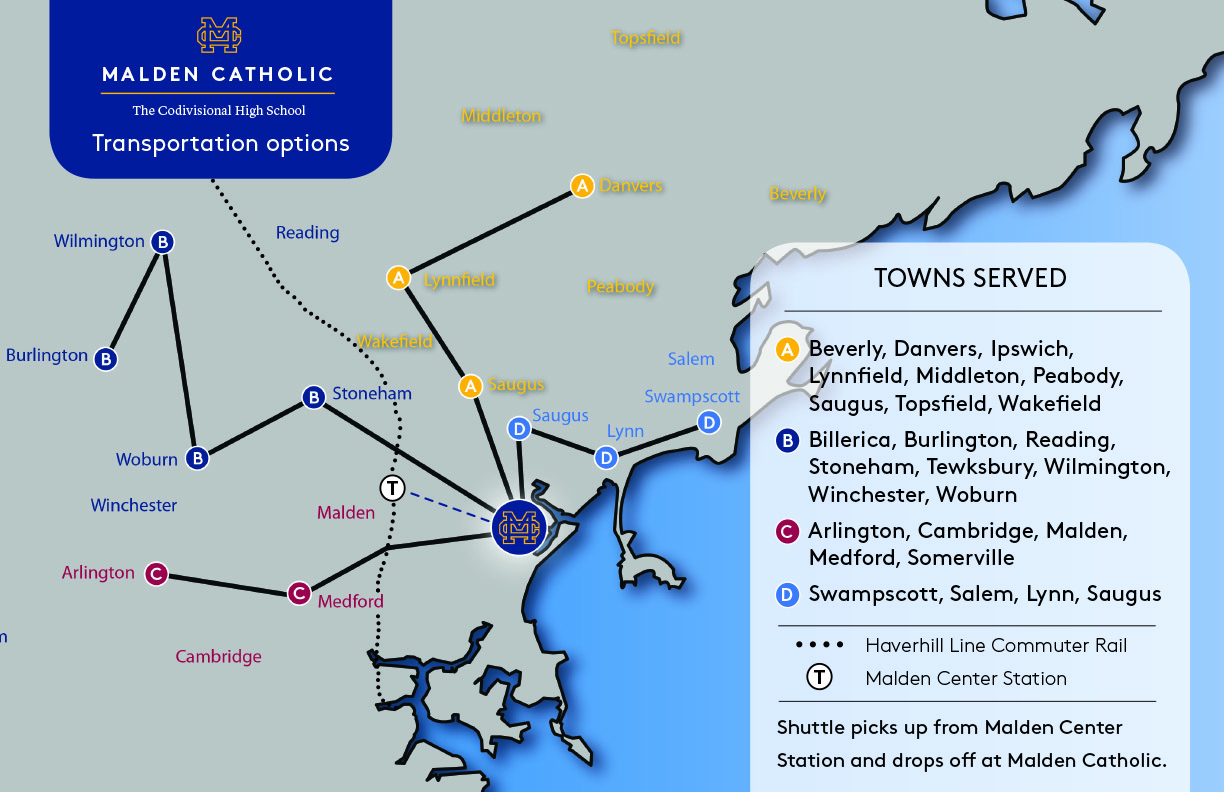 The following is a summary of the bus service we offer. We will determine the exact times, and stops based on the demand for this service. The routes, vehicle size, and costs associated are based on the number of students who register for the program. Morning departure from the first stop is around 6:30 a.m. with an arrival time of about 7:15 a.m. to Malden Catholic. The current routes are listed below. Current families are able to register through FamilyID.

6:45 a.m. Depart from the Entrance of the Square One Mall in Saugus

6:00 a.m. Depart from the Burlington Mall (in front of Nordstrom)

Departing Routes: The afternoon school buses will leave Malden Catholic at 5:15 p.m. The routes will run in reverse from the morning schedule

Please note that the bus schedule does not change for early dismissals or late starts. The only time we alter the schedule is for finals week. So a snow delay would only be for school hours, the buses will still run on normal schedules, there will be people at the school when the buses arrive.

The cost of the private service is as follows:

It is offered on a first-come, first-serve basis. Make checks payable to Malden Catholic High School.

Malden Catholic offers a free shuttle service from Malden Center Station every morning. Malden Station is a stop on both the orange line and the Haverhill Commuter Rail line. Towns served by this free shuttle are Malden, Medford, Boston, Charlestown, Reading, Andover, Wilmington, Somerville and Wakefield. The shuttle departs from Malden Station at 7:15 a.m. There is no charge for shuttle riders.