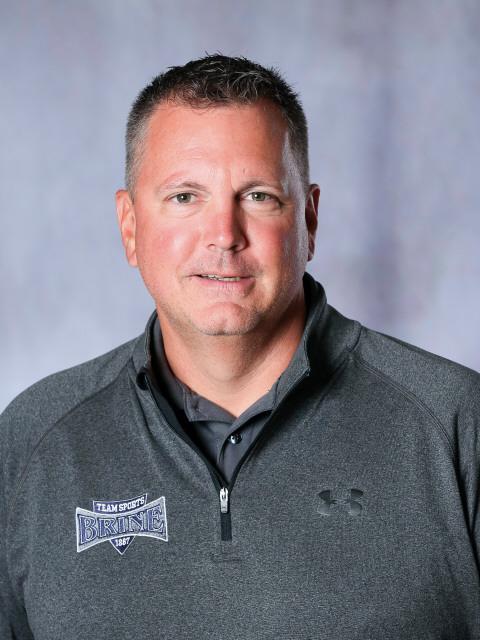 Under Raycraft’s athletic leadership since the school launched in 2009, Windham High School has been one of the state’s most successful athletic programs, amassing 55 individual state championships, 29 team state championships and 23 state finalists across 10 varsity sports. Over 100 student-athletes have gone to compete at the college level.

“We have always appreciated the importance of athletics at Malden Catholic, as evidenced not only by our many championships but by the impact it has had on tens of thousands of students over the years, and we’re extremely excited to have Bill lead our program with that same focus on building championship teams and well-rounded students,” said Brother Puccio. “We are confident that he will leverage his vast experience in athletic administration and coaching to deliver an exceptional athletic experience for our young men and women. We know he will play an active role in building on our 87-year tradition of excellence at Malden Catholic.”

“Malden Catholic has produced so many exceptional student-athletes over the years, and I am incredibly excited to help further that mission,” said Raycraft. “I am looking forward to the opportunity to build on the incredible history established with the boys’ programs while creating a new legacy with the girls’ programs.  This is an exciting time at Malden Catholic, and I am honored to be part of an institution so rich in culture, faith, mission and the pursuit of excellence through high standards.”

Before his tenure at Windham, Raycraft was athletic director at John Stark Regional High School (2001-2008) in Weare (NH) and Franklin (NH) High School (1999-2001). He has served on the NHIAA Ice Hockey Committee and Scheduling Sub-Committee for nearly 20 years.

As head football coach at Windham, Raycraft compiled a record of 68-11, bringing the Jaguars to the Division II State Finals in 2011, 2014, and 2015. In 2014, his program captured the State Championship. A three-time New Hampshire Coach of the Year, Raycraft has also coached softball, track and field, rugby, basketball, and rowing.

Heavily involved in curricular development and school life, Raycraft chaired both the Wellness Committee and the Curriculum Committee on Physical Education and Health for the Windham School District. He sat on Windham High School’s Crisis Team, Safety Committee, and Facilities Committee, and advised the Student-Athlete Leadership Team (SALT), designed to facilitate student growth as athletic and community leaders.

In addition to his experience as an administrator and coach, Raycraft is also an accomplished workshop facilitator and public speaker. A Mentors Preventing Violence (MVP) Instructor and CoachSmart coaches’ education instructor, Raycraft inaugurated Windham High School’s “Life of a Jaguar” program for promoting unity and healthy choices among students. He has presented on the topic of “Teaching Games for Understanding” at the New Hampshire Association for Health, Physical Education, Recreation, and Dance, and has represented New Hampshire at the National Football League’s Character Development Conference. Raycraft also held internships with the Miami Dolphins, the Baltimore Orioles and CBS Sports.